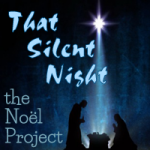 When I asked Carl Kelley to sing on this record, I left the song suggestion up to him. He came up with a song written by a friend of his, Debbie Owens, who he worked with at a church in southern California. The original recorded version of it was very pretty, and Debbie has a very pretty voice, but I felt the original arrangement was a bit too classic “contemporary Christian” to work on this project.

This song turned out to be the most challenging of all the songs on the record as far as coming up with a new arrangement. I had a few ideas, one of which involved a sort of a Glee-like a cappella thing which I quickly abandoned in favor of an urban beat with avant garde chords that would have made Herbie Hancock proud. I worked on this ambitious second idea for quite a while until I realized that I absolutely hated it, and I knew Carl was having difficulty connecting with it as well.

Back to the drawing board, I came up with something both urban and gospel and it turned out to be something Carl was immediately much more comfortable with. However, I decided to salvage one set of chord changes from my more ambitious arrangement and used them  in the intro.

Given the delays in coming up with an arrangement, I missed my window of opportunity to record real drums and bass, so I did everything by myself, except vocals of course. I have an old outboard piece of synth gear, a Roland JD-990 that I’ve had for about 20 years, that has this awesome synth bass sound that worked perfectly.

By the way, Carl can also be heard on one of my tunes, a song called “Love One Another” that I wrote on spec for a local organization called Recovery Cafe in 2010.

One Response to That Silent Night